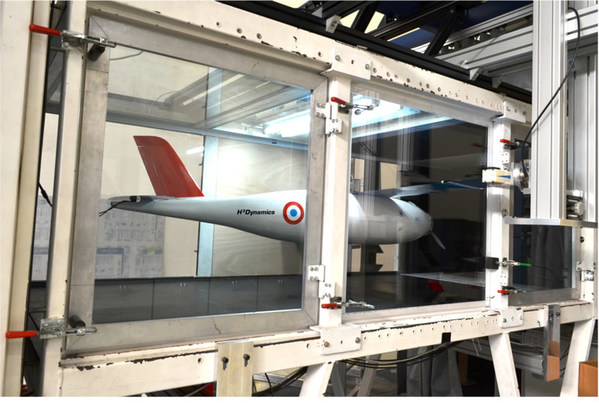 Pioneered by H3 Dynamics and ISAE-Supaero in 2018, the MERMOZ program received support from the Occitanie Region in France and the European Fund for Regional Development. Next phases of the Mermoz program will add-on small local companies from Toulouse, including drone maker Delair to support on long-range flight operations.

In 2018, H3 Dynamics filed international patents for full-scale distributed hydrogen propulsion and refueling systems for aviation. The Company has since begun development of hydrogen-electric propulsion systems from its engineering centers in Austin and Toulouse.

“H3 Dynamics has the ambition to bring to market the most advanced and reliable hydrogen systems for aviation, but we will not cut corners on passenger safety. While Hydrogen-electric propulsion can accelerate the transition to a greener air transportation, we will progress cautiously from autonomous aerial data and cargo services, to manned cargo and passenger flights.” stated Taras Wankewycz.

H3 Dynamics works with universities and specialized laboratories on the deep physics behind aircraft integration of hydrogen-electric systems in the context of strict aeronautical regulations and certification expectations.

H3 Dynamics’ team understands the challenges more than anyone in the industry, having worked on hydrogen fuel cell flight for over 16 years. It continues to be involved in over a dozen zero-emission hydrogen flight research programs around the world, including the AeroDelft hydrogen aircraft development in the Netherlands, and the INSA STORK hydrogen UAV development in Strasbourg.

H3 Dynamics is a world leader in advanced aerial mobility technologies, including zero emission hydrogen-electric propulsion. The company is implementing a sustainable, safety-first 3-phase roadmap, starting with autonomous data services, moving next to autonomous hydrogen cargo, and passenger flight as a final step. Started in 2015, the company services clients globally from its 3 regional headquarters in Austin, Singapore, and Paris.