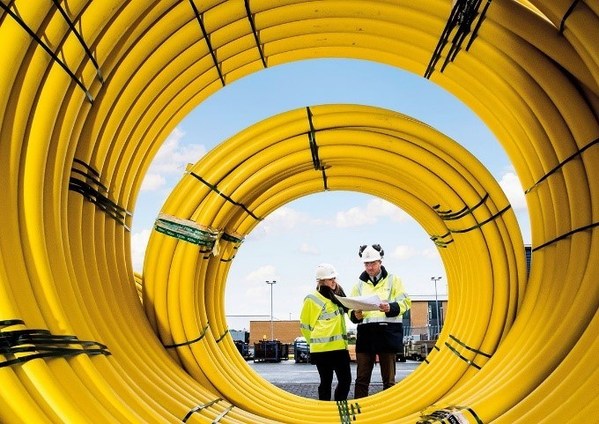 SGN is a critical UK infrastructure asset which operates two gas distribution networks in Scotland and the Southeast of England. The Company is the second largest gas distribution network operator (“DNO”) in the UK and supplies six million customers across its service territory. SGN is well positioned to play an essential role in the UK’s decarbonization by supporting the transition from methane to renewable hydrogen sources and is committed to delivering on its low carbon ambitions, seeking to achieve net zero by 2045.

Adebayo Ogunlesi, Chairman and Managing Partner of GIP, said: “GIP has deep experience and a strong track record of investing in and driving value from core utilities and natural gas infrastructure. We regard SGN as the premier gas DNO in the UK and a key player in the energy transition. The conversion of gas distribution networks into hydrogen ready infrastructure represents a unique opportunity to significantly grow the Company while supporting the UK’s net zero goals through the adoption of green hydrogen. We look forward to working with management and the Company’s other shareholders to help deliver on these growth ambitions and support its net zero strategy.”

The transaction is expected to close in the first quarter of 2022, pending regulatory review and approvals.

About SGN
SGN is the second largest gas DNO in the United Kingdom, having a regulated asset value of approximately £6.0bn. The company operates in Scotland and the Southeast of England, serving key cities such as London, Edinburgh, Oxford, and Glasgow. The company has an annual turn-over of over £1,227 million and approximately 3,900 employees. Further information can be found on SGN’s website at www.sgn.co.uk.

About Global Infrastructure Partners
Established in 2006, GIP is one of the world’s leading specialist infrastructure investors. The funds and investment platforms managed by GIP make equity and debt investments in infrastructure assets and businesses in both OECD and selected emerging market countries, targeting investments in the energy, transport, water / waste and digital infrastructure sectors where GIP possesses deep experience and relationships. GIP has 10 offices around the world with major hubs in New York, Stamford, London, Sydney, Hong Kong and Mumbai. GIP manages approximately US$77 billion for its investors. Our funds own 46 current portfolio companies which have combined annual revenues of c. US$40 billion and employ in excess of 63,000 people. GIP is an experienced investor in both the UK and the gas infrastructure sector globally. Further information can be found on GIP’s website at www.global-infra.com.