Crystal Lagoons PAL™ Projects are Recognized as “Champion of Champions” for their Contribution to Reducing the Carbon Footprint.

" title="
Crystal Lagoons PAL™ Projects are Recognized as "Champion of Champions" for their Contribution to Reducing the Carbon Footprint.
" loading="lazy" data-src="https://mma.prnasia.com/media2/1808289/Public_Access_LagoonsT_projects_by_Crystal_Lagoons.jpg?p=medium600" data-srcset="" data-sizes="auto" data-expand="700" />
Share on FacebookShare on Twitter

AMSTERDAM, May 2, 2022 /PRNewswire/ — The Public Access Lagoons™ projects that Crystal Lagoons is developing around the world could reduce 14 million tons in CO2 emissions, equivalent to 40% of the carbon footprint of the tourism and transportation industries. Through its contribution to furthering carbon neutrality in different economic and social activities this has led the so-called PAL™ developments to be recognized as “Champion of Champions” in the 2022 version of the “Green World Awards” in Abu Dhabi. 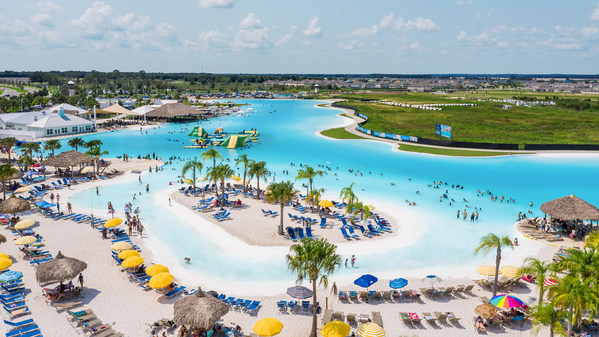 " title="
Crystal Lagoons PAL™ Projects are Recognized as "Champion of Champions" for their Contribution to Reducing the Carbon Footprint.
" align="middle">

The multinational water innovation company won both the award in the Carbon Reduction category and the highest distinction in these British sustainable awards, beating the winners of the categories of Climate Change, Water and Energy Efficiency, Innovation and others, as well as the more than 500 entries received by the organization.

PAL™ projects revolutionize cities by bringing beach life with turquoise waters and white sands to urban areas and reducing by about 50% the number of car journeys and flights to coastal destinations and natural beaches that, globally, total about 35 million tons of CO2 per year.

The “Green World Awards” recognize the countries, companies and organizations that contribute the most to protecting the ecosystem and are sponsored by reputable British environmental organizations.

The PAL™ developments were selected for their pro-environmental concept and the prize was awarded at Abu Dhabi. The “Champion of Champions” award is not the first accolade to be bestowed on PAL™ projects. The model previously received the Green Apple Award at the Palace of Westminster in London.

A key factor in the nomination was the groundbreaking nature of these complexes, which bring beach life to the cities through large crystalline lagoons suitable for swimming and water sports, surrounded by white sandy beaches and diverse infrastructure of services and entertainment.

RobotPlusPlus, a Leader in Aerial Work Robots, Raises US$15M in Series B to Accelerate R&D and Expand Global Presence