During the event, key speakers led the discussion on themes that are crucial to address the decarbonization of the rail industry in China and beyond: 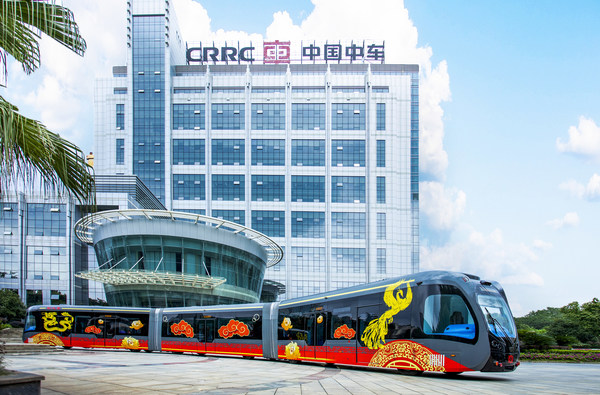 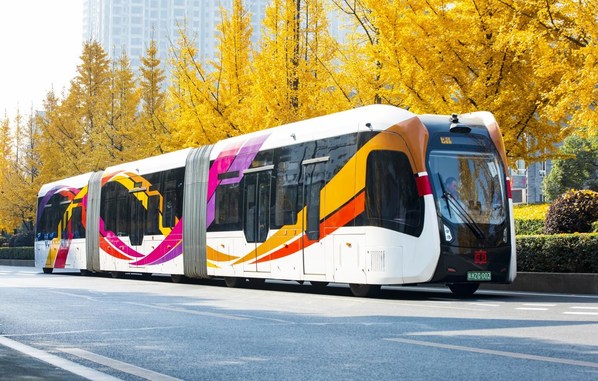 Beijing has been through a metamorphosis from 1986-2014 as the city’s reliance on passenger cars surged during these 28 years. However, Professor Newman pointed out that Beijing hit “peak car” as early as 2005, and car use in the city has started to decline since then. Despite the negative growth of the use of private cars for transportation, Professor Newman’s study shows that Beijing continued to experience substantial economic growth during the period. This means that total motorised mobility has decoupled from growth in metropolitan GDP, a trend that signals a possibility for cities to further reduce auto dependency and invest in alternative transportation modes without choking economic growth.

Professor Newman argues that TACs are the answer to the future of urban transport, and the key lies in trackless trams, a new type of road-based transportation system that is smoother and faster than buses. Nimble and energy-saving, trackless trams operate on existing roadways, without tracks, making them easier and less expensive to incorporate into traditional transport systems. Instead of being powered by overhead electric cables, the trams use onboard batteries which can be recharged through renewable energy technologies such as solar power. In demonstrating a potential trackless tram route and transit activated corridors across Perth, he said that the trackless tram is a great solution for building a well-connected urban system in Australia that allows residents to enjoy congestion-free and low-carbon city life.

Recent climate-related crises around the world has heightened attention surrounding corporate ESG performance, leading more investors to use ESG reporting as key sources of intelligence to identify the risks and opportunities facing a company within its operations and supply chain. To help companies in the rail industry gain an understanding of ESG disclosure, Lorraine Moore brought her insights on how an organization’s ESG reporting is evaluated and how the data are translated into an S&P ESG score.

When it comes to the evaluation of ESG performance, three major dimensions are reviewed: Governance and Economic, Environmental, and Social. These general criteria are further divided into six sub-categories that provide a more detailed analysis of the company’s performance on issues such as internal and external risk management, environment and climate strategy, human rights and philanthropic projects. Industry-specific metrics including fuel efficiency, labor practice indicators and corporate governance are applied to the rail and infrastructure industry.

Intra-city rail is the biggest driver for the decarbonization of China’s rail industry given its transport volume and energy consumption compared to urban rail transit. To help China achieve peak carbon and neutrality goals, Zhou Xinjun, researcher with China Academy of Railway Sciences, pointed out that new technologies, optimization of the energy mix and an innovative management system are the factors that are crucial in overcoming barriers to a low-carbon rail industry.

To address the highly pollutive nature of trains powered by dirty energy sources, Zhou Xinjun suggested it is important to pay more attention to the R&D of alternative traction technologies that are more powerful yet energy-efficient, such as maglev trains. The application of renewable energy including solar, wind, and battery solutions also plays a key role in decarbonizing the construction, operation and maintenance of railway systems. In addition to using technology to accelerate the low-carbon transition, Zhou Xinjun said that the industry also needs a broader and targeted strategy to maximize the ability and innovation of the entire society to reduce overall reliance on carbon consumption.

The transport sector is the third-largest contributor to air pollution in China and remains the hardest nut to crack in achieving China’s carbon net-zero target. Statistics from the IEA show that China’s transportation sector accounts for 10 per cent of the country’s total carbon emissions with the annual growth rate maintaining at around 5 per cent over the past decade, meaning that overall CO2 emission of the industry is expected to increase by 50 per cent by 2025.

A 2018 report released by the Energy Foundation identified road freight to be the biggest culprit, which makes up 77 per cent of carbon emissions of the entire sector. Rail transport and water transport, by contrast, only account for 4 per cent and 9 per cent, respectively. Professor Cui Yongmei argues that to reduce road transport carbon emissions, shifting freight from roads to railways and waterways is a key strategy in decarbonizing China’s transport sector.

To facilitate the low-carbon goal of the sector, Professor Geng Xuejiao believes that the industry should adopt a collaborative approach across the value chain in an effort to stimulate innovation in technology and business models. She also believes that effective carbon trading, digital transformation and creating a user-driven ecosystem can accelerate the decarbonization of the industry.

Millions in Hin Leong Oil Tied Up in Lawsuits

The Power Behind Electric Vehicles